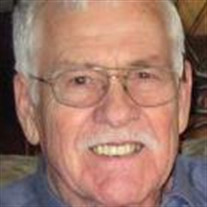 Belan Roden age 84 of Gurley, AL formerly of Bear Creek, AL passed away Friday, November 24, 2017 in the Thrive Assisted Living in Huntsville, AL. Born January 22, 1933 in Marion County, AL, he is the son of the late Oscar and Pauline Johnson Roden and the husband of the late Robena Bearden Roden. He had lived in Huntsville most of his life and moved to Gurley after his retirement, was a Mason, and a Veteran having served in the US Air Force. He was of the Baptist Faith and had retired from Redstone Arsenal. He is survived by a Daughter, Belinda (Mike) O’Melia of Hampton Cove, AL, 3 Sons, Mike (Sandi) Roden of Skyline, AL, Rick (Sherry) of Scottsboro, AL and Jeff (Shannon) Roden of Gurley, AL, 13 Grandchildren, Chris, Justin, Seth, Juli, Allen, Jarrod, Crissen, Kasey, Haley, Evan, Caleb and Corey, 4 Great Grandchildren and a Sister, Libby (Drennon) Veal of Bear Creek, AL. Services held Tuesday, November 28, 2017 at 2:00 pm from the Berryhill Funeral Home Chapel in Huntsville, AL with burial in the Vahalla Memory Gardens in Huntsville, AL. Visitation Monday November 27, 2017 from 5:30 – 8:00 pm from the Berryhill Funeral Home in Huntsville, AL. Norwood Funeral Home of Guin, AL directing.

The family of Belan Roden created this Life Tributes page to make it easy to share your memories.

Send flowers to the Roden family.