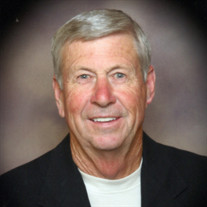 In lieu of flowers memorials may be made to the Ronald McDonald House in birmingham, AL or Big Oak Ranch Joe Mac Smith age 78 of Guin, AL passed away Monday, April 15, 2019 at his residence. Born March 13, 1941 in Guin, AL, he is the Son... View Obituary & Service Information

The family of Joe Mac Smith created this Life Tributes page to make it easy to share your memories.

In lieu of flowers memorials may be made to the
Ronald McDonald...

Send flowers to the Smith family.