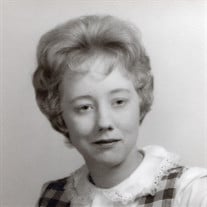 In lieu of flowers memorials may be made to Winfield Cancer Center 171 Carraway Drive Winfield, AL 35594 Joyce Youngblood age 76 of Guin, AL passed away Wednesday, January 17, 2018 at her residence. Born February 1, 1941 in Glenn Allen, AL she is the daughter of the late William Wayne and Luna Rye Rushing and the wife of Samuel Youngblood. She had lived in Guin and Winfield, AL most of her life and was a member of the Guin First Baptist Church. She is survived by her husband, Samuel Youngblood of Guin, AL, 2 sons, Barry Youngblood (fiancée Gayla Brown) of Walnut Grove, AL, and Shane Youngblood (Mandy) of Alabaster, AL, former daughter in law, Rita Youngblood of Tuscumbia, AL, 4 Grandchildren, Meghan, Ashliegh, Lindsey, and Matthew Youngblood and a brother, Don Rushing (Sandra) of Haleyville, AL. Memorial Services held Saturday, January 20, 2018 at 2:00 pm from the Norwood Funeral Home Chapel. Don Rushing, Pat Parke and Bro. Kenny Hatcher officiating. In lieu of flowers memorials may be made to the Winfield Cancer Center 171 Carraway Drive, Winfield, AL 35594. Norwood Funeral Home of Guin, AL directing.

The family of Joyce Youngblood created this Life Tributes page to make it easy to share your memories.

In lieu of flowers memorials may be made to
Winfield Cancer Center...

Send flowers to the Youngblood family.