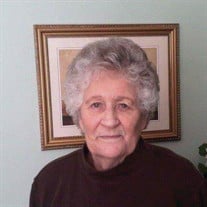 Born April 9,1934 in Fayette County Alabama. Sue, as she was known by her friends and relatives, was born to parents Sterlon and Willie Haney the second born of eleven brothers and sisters. She is survived by sisters Shelby Pollard of Guin, Alabama, Charlene Prayer of San Diego, California, and Barbara Mosley of Lady Lake, Florida. She survived by two brothers George Haney of Helena, Alabama and Dewayne Haney of Hoover, Alabama. Sue is also survived by her son, Ricky and his wife Judy of Muscle Shoals, Alabama. Sue is survived by two Grandsons Justin Sizemore of Loxley, Alabama, and Eric Sizemore of Savannah, Georgia. She is also survived by many nephews and nieces. Sue spent her early life in humble beginnings on the farm helping to make crops and food for the family. She attended Marion County High School where she graduated in 1952. On May 24, 1952 Sue married Joe R. Sizemore from Beaverton, Alabama, in Lamar County. Sue and Joe pursued work in West Point, Mississippi. Joe was later transferred to Meridian, Mississippi, in 1957 and again later to Huntsville, Alabama, in 1966. In June of 1953, Sue gave birth to her son, Ricky. He was the center of her universe until her death. Sue followed Joe in pursuit of happiness and a good life. Together they prospered and found both. In April 1993 Joe succumbed to a heart attack and passed. From that day forward Sue and Ricky carried on his hopes and dreams for both to this final end. Sue loved her grandsons, brothers, and sisters; as well as all the nephews, nieces, and cousins in our family. Sue will be laid to rest in the Sizemore Cemetery in Beaverton, Alabama, alongside her husband Joe of 41 years. Sue’s life was a remembrance of love and compassion for everyone, but she loved her parents, husband, son, grandsons and entire family with all her heart. She had a wonderful life that included working hard as a young girl by plowing with a mule and cutting wood with a cross-cut saw. She tended the gardens with her mother and grandmother. She assisted both in their final care. Sue was a fantastic cook and taught many caretakers certain recipes that will certainly live on in her remembrance. Sue’s life involved churches wherever she lived and her last was Woodward Avenue Baptist in Muscle Shoals, Alabama, where she was a member. Services held Wednesday, January 8, 2020 at 3:00 PM from the Memorial Funeral Home Chapel - Guin with Bro. Kenny Hatcher officiating. Burial in the Sizemore Cemetery in Beaverton, AL.

Born April 9,1934 in Fayette County Alabama. Sue, as she was known by her friends and relatives, was born to parents Sterlon and Willie Haney the second born of eleven brothers and sisters. She is survived by sisters Shelby Pollard of Guin,... View Obituary & Service Information

The family of Suda Nell Sizemore created this Life Tributes page to make it easy to share your memories.

Send flowers to the Sizemore family.