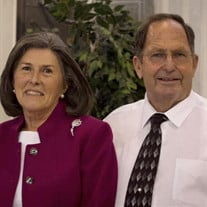 In lieu of flowers memorials may be made to Piney Grove Free Will Baptist Church Tommy Nix age 70 and Merline Nix age 69 of Guin, AL passed away April 13, 2019 in Union County, Mississippi. Tommy was born February 10, 1949 in Winfield, AL... View Obituary & Service Information

The family of Tommy and Merline Nix created this Life Tributes page to make it easy to share your memories.

In lieu of flowers memorials may be made to
Piney Grove Free...

Send flowers to the Nix family.